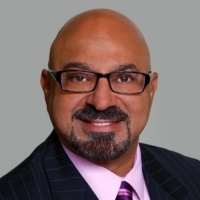 Doug majored in Business at Penn State University. Doug spent 11 years as a franchise business owner in Delaware before entering into the financial services industry in 1992. He began his career with The New York Life Company where he held accolades* as Rookie of the Year, Centurion, MDRT, and Gamma Award recipient. Doug moved on to Prudential Financial where he was a Developmental Sales Manager. Doug’s staff was in the top 2% in production where he earned a Presidents Citation on 3 separate occasions and was recognized as the region’s Top Developmental Manager.

He founded Key Advisors Group LLC with his business partner in 2000. Since that time Doug has qualified for the prestigious MDRT each year including Court of The Table and Top of The Table. He has served his community with the local Chamber of Commerce, as President of the Dover High School Wrestling Boosters, Head Coach and founder of the Dover/CR Raiders Pop Warner Football Program in 2002, and President of Central Delaware (NAIFA) National Association of Insurance and Financial Advisors.  Doug is a member of the Holy Cross Catholic Church.

His finest achievements are his 4 children and 5 grandchildren all living in the Delaware area.